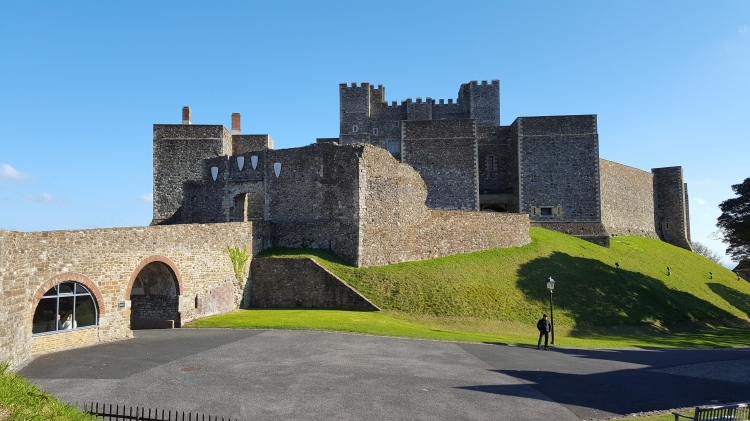 In this blog post I discuss the research that I have carried out into the role of royal castles in coastal defence in southern England in the late fourteenth century. My findings have been published in full in the journal Nottingham Medieval Studies. To read more see, Dan Spencer, ‘The Castle at War in Medieval England and Wales’, Nottingham Medieval Studies, 61 (2017), pp. 147-70, which can be accessed from this link – https://www.brepolsonline.net/doi/abs/10.1484/J.NMS.5.113867

(note that an institutional login is required).

The English experienced numerous setbacks during the second stage of the Hundred Years’ War between England and France. Edward III’s victories at the battles of Crécy (1346) and Poitiers (1356), had eventually led to the highly advantageous treaty of Brétigny in 1360, which specified that much of south-west France was to be ceded to the English king in full sovereignty. Yet these gains were quickly lost following the resumption of war nine years later. Not only did the French recapture most of their territory in France, but they even began to launch raids along the coast of southern England. This culminated in two major attempts by the French to launch a full-scale invasion of England in 1385 and 1386. Due to a fortuitous series of events (for the English!) the French were forced to abandon their preparations on both occasions, but the threat was very real.

The English government had three main methods for resisting coastal raids and invasion threats. Firstly, they could raise fleets to intercept the enemy at sea. This involved impressing large numbers of merchant ships as the Crown only owned a small number of vessels. Secondly, they could appoint commissioners in each of the counties to array men for military service for a short period of time. All men between the age of sixteen and sixty were obliged to participate in the defence of the realm so this method could raise large numbers of soldiers. Finally, they had the option of placing paid garrisons of soldiers into towns and castles to hold them against attack. 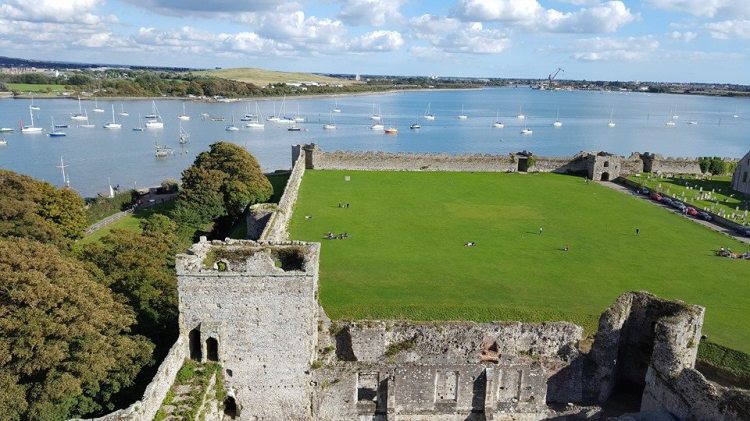 My research focused on the third method, whereby I searched through and analysed the financial records of the Exchequer, which served as the principal royal treasury in the Middle Ages, from 1369 to 1389 (when the Truce of Leulinghem was agreed with the French). I soon discovered that there were numerous entries relating to payments for the defence of royal castles, including the wages of soldiers, works to improve fortifications and for military equipment, especially in times of crisis. This was particularly interesting as the Late Middle Ages has generally been seen by historians as a period in which castles began to lose their military value. So what discoveries did I make concerning the role that royal castles played in the defence of southern England? 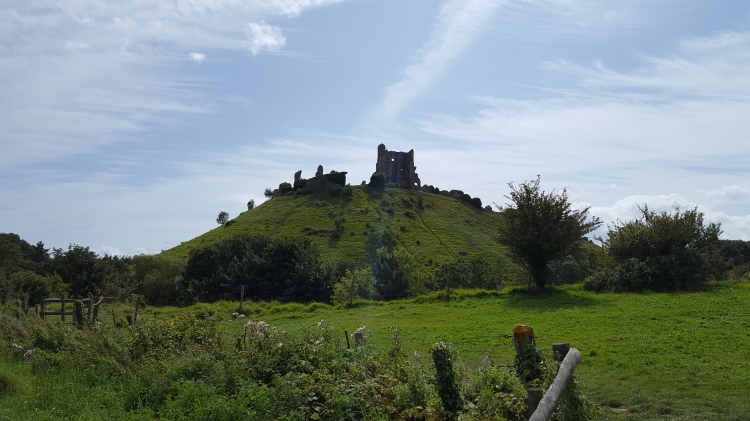 The financial accounts reveal that garrisons were installed at different times in the castles of Corfe, Dover, Queenborough, Portchester, Sandwich and Southampton (note that my study only focused on royal castles on the mainland of southern England). At times the numbers of soldiers serving in these castles (and the towns of Southampton, Sandwich and Rye) could be very substantial, consisting of 564 men in 1385 and 720 in 1386. However, these forces only tended to be in place during periods of crisis, such as during invasion scares. There was also a clear divide between places that tended to be garrisoned with very small numbers of men for a long period of time and those that had large garrisons for a short duration. The crucial importance of Dover meant that when it was garrisoned it was often by a strong force. For example, it was defended by 240 men-at-arms for one month in 1373. By contrast, Portchester is exceptional for having been garrisoned for ten of the twenty-one years I looked at. In 1380, ten men-at-arms, ten archers and crossbows defended the castle for five months, and in 1386 by twelve men-at-arms and eight archers for six and a half months. Whereas Corfe was protected by twenty men-at-arms and twenty archers for three months in 1377. 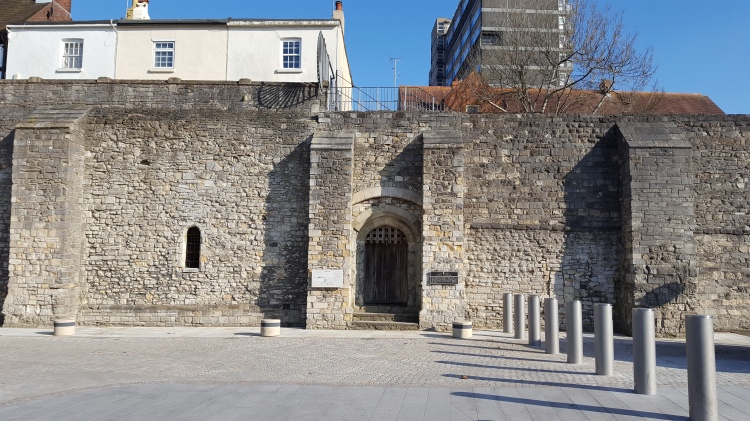 (The Watergate of Southampton Castle, Hampshire)

This period also saw emergency repairs carried out to castles during times of crisis and more long-term projects. The biggest expenditure was undertaken on the rebuilding of Southampton Castle in Hampshire from 1378 to 1388. Southampton had suffered badly during a French raid in 1338 and there were still some concerns about its safety. This led to the construction of a large tower or keep on the site of the motte of the old castle, which was encircled by a curtain wall, together with four mural towers, three gates with three portcullises and a barbican. Unfortunately, the demolition of most of the structure in the modern era means that very little survives of Southampton Castle. Construction work was also carried out at this time at Portchester (see below), Corfe and Rochester. 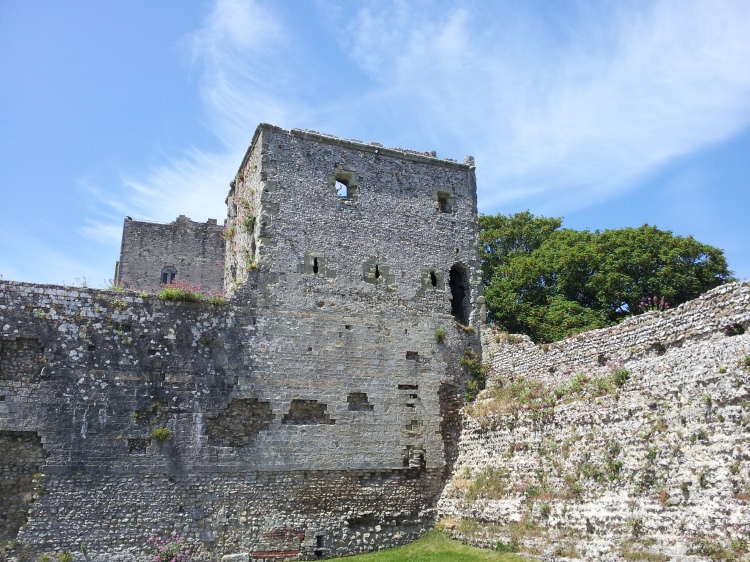 One of the most interesting aspects of my research concerns gunpowder weapons. It was during this period that guns first began to be supplied to royal castles on a consistent basis (from 1379 onwards). These weapons were often small and of cast bronze construction, which fired lead bullets designed to kill enemy soldiers rather than to knock down walls. The introduction of guns also influenced the architecture of castles. This can be seen with Assheton’s Tower (named after the constable Sir Robert Assheton who served from 1377-81) in the inner ward of Portchester Castle, which was constructed in the late fourteenth century. Multiple key-hole shapes were carved into the walls for the firing of these weapons, with the castle furnished with three guns supplied from the Tower of London in 1379. Other examples of gun-ports of this period can be seen at Carisbrooke Castle on the Isle of Wight, the Westgate of Canterbury in Kent and the Westgate of Winchester in Hampshire (to name a few examples). 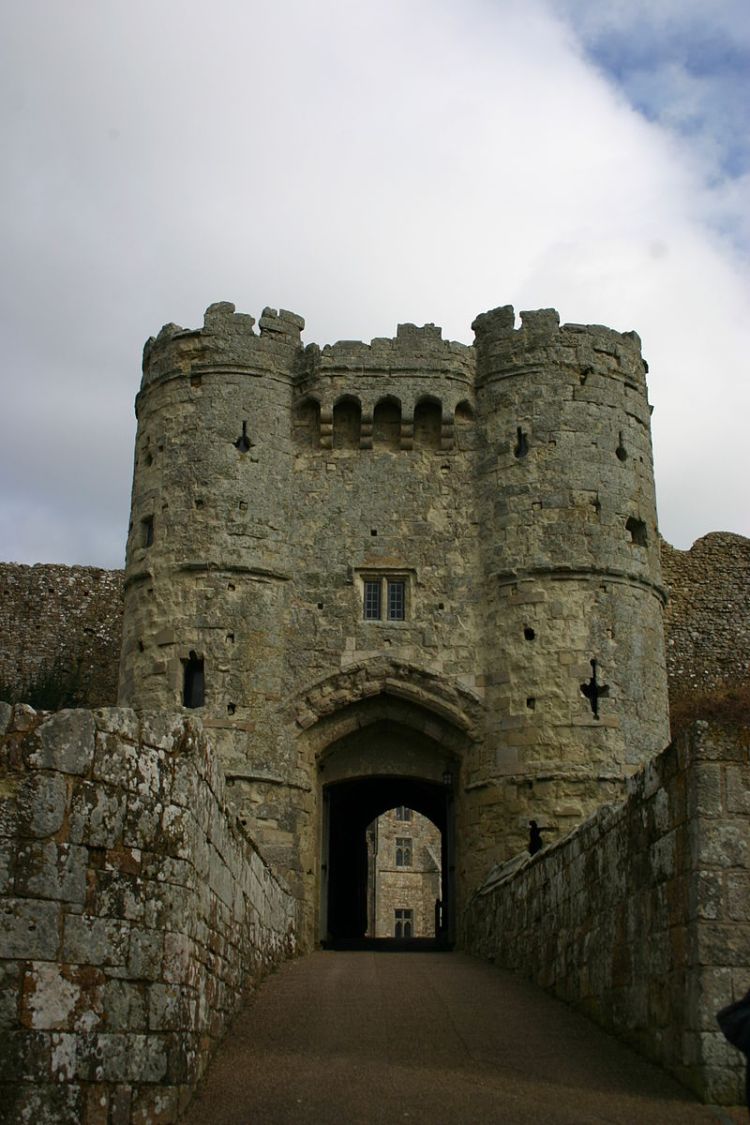 This research shows that castles continued to play an important part in coastal defence in the late fourteenth century. Large numbers of soldiers were placed in castles during period of crisis, construction work was carried out to improve the defences of important fortifications and efforts were made to supply them with the latest weapons. Yet it also shows that castles were only garrisoned on a part-time basis. For much of the period even the most important fortresses were only left with their peacetime personnel. Therefore, although these castles continued to have a crucial military function, they spent most of their time without garrisons and at peace.