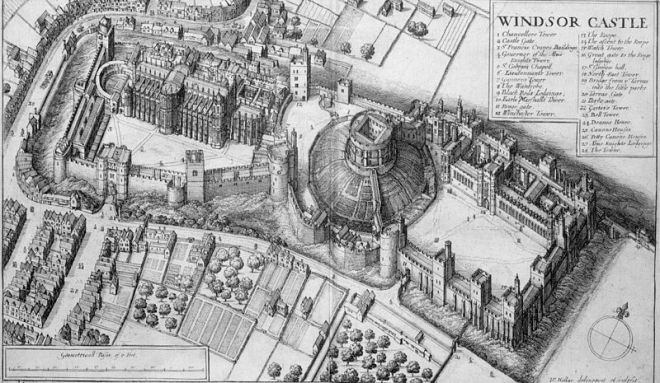 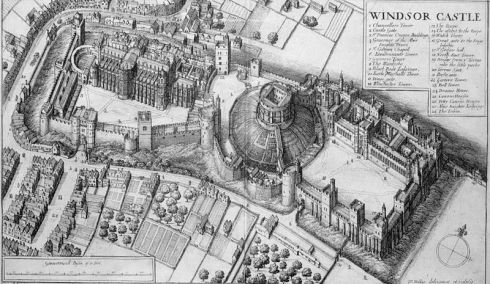 (An engraving of Windsor Castle, Berkshire, dating from 1658 by Wenceslas Hollar, from Wikipedia)

At the beginning of 1400 an attempt was made to overthrow Henry IV by a group of disaffected nobles.[1] The attempt was made on 4 January when the king and the court were celebrating the Christmas festivities at Windsor Castle. The principal plotters were six men: John Montagu, earl of Salisbury, Thomas Holland, earl of Kent, John Holland, earl of Huntingdon, Ralph, Lord Lumley, the former bishop of Carlisle, Thomas Merks, and Thomas Despenser. They were supporters of the deposed monarch Richard II, who had been overthrown by his cousin Henry Bolingbroke (Henry IV), a short time earlier. Their intention was to kill the usurper and to restore Richard to the throne, who at that time was languishing in captivity at Pontefract Castle in Yorkshire. They were motivated both by loyalty to the deposed sovereign, as well as by the desire to regain their former status, as although their lives had been spared by Henry IV, they had been demoted in rank.

The most detailed account of the conspiracy is provided by the chronicler Thomas Walsingham.[2] He claimed that the plotters intended to make a sudden attack to kill the king and his sons ‘under the pretence of playing Christmas games’ at Windsor Castle. The castle was, as it continues to be today, an important and much favoured royal palace. Edward III, the grandfather of both Richard II and Henry IV, had spent huge sums of money on remodelling the place. It was therefore a comfortable residence, which was often frequented by the king or other members of the royal family.[3] 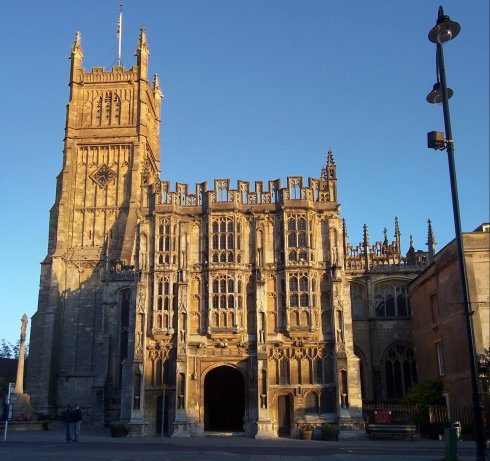 (The church of St John the Baptist at Cirencester, Gloucestershire, from Wikipedia)

Walsingham states that the earls of Kent and Salisbury arrived at Windsor with a force of 400 men just as dusk was falling. However, the plot had been betrayed to the king who had fled to London. The failure of their enterprise threw the earls into a panic who quickly left the castle in disarray. They first went to the manor of Sonning, near to Reading, where Richard’s young wife, Isabella of Valois, was residing. The earls supposedly boasted to her that they had caused Henry to flee before them and falsely claimed that Richard was at Pontefract Castle with a force of 100,000 men at his command. They then headed north-westwards, via Wallingford and Abingdon, all the while inciting the locals to join their cause, before reaching Cirencester at nightfall. 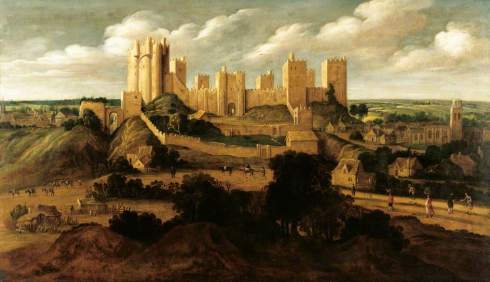 (A painting of Pontefract Castle c. 1640-1 by Alexander Keirincx, from Wikipedia)

The arrival of the earls and their men were said to have aroused the suspicion of the townspeople, who took up arms and surrounded the houses where they were staying. In the middle of the night they attempted to escape but were attacked by the local inhabitants. After a long fight, lasting from midnight to nine o’clock in the morning, the exhausted rebels surrendered. At first the earls were imprisoned in Cirencester Abbey, but the starting of a fire in the town by a priest in their company, in an attempt to cause enough chaos to allow them to escape, resulted in them being beheaded by the furious townspeople. In the meanwhile, the other rebel leaders were swiftly captured and killed, with a further twenty-seven men executed at Oxford Castle on 12 January after being convicted of treason. Although the rising was unsuccessful it was clear that Richard continued to pose a threat to the new monarch even in captivity. The decision was therefore taken for him to be killed. According to most accounts he was starved to death at Pontefract Castle a short time later.

1 – An engraving of Windsor Castle dating from 1658 by Wenceslas Hollar. Sourced from Wikipedia and in the Public Domain.

3 – Photograph of the church of St John the Baptist at Cirencester. Sourced from Wikipedia, author: Traveler100. Licensed under the Creative Commons Attribution-Share Alike 3.0 Unported, 2.5 Generic, 2.0 Generic and 1.0 Generic license.

4 – A painting of Pontefract Castle c. 1640-1 by Alexander Keirincx held at Pontefract Museum. Sourced from Wikipedia and in the Public Domain.

[1] For my account of this episode and its context see, Dan Spencer, The Castle at War in Medieval England and Wales (Stroud: Amberley Publishing, 2018), pp. 201-5.